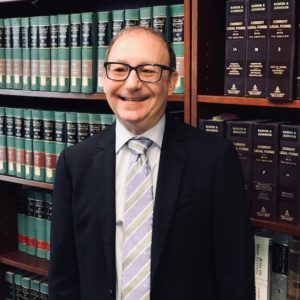 Jerrold A. Wish is an attorney and CPA who received both his BSBA in accounting and law degrees with honors from the University of Florida. As a law student, he was a member of the Law Review and was presented with the Order of the Coif for graduating at the top of his class.

Upon receiving his accounting degree, Jerry went to work with Deloitte, one of the nation’s largest international accounting firms, where he practiced tax and audit accounting. Jerry left the CPA practice to attend law school.

Upon graduating from law school, Jerry began his legal career at one of the top law firms in the state, Greenberg Traurig, along-side Florida’s former governor Reuben Askew. Jerry spent 20 years with the firm during which time the firm became one of the largest firms in the country. Jerry’s practice concentrates on real estate and business transactions as well as lender and developer representation. Jerry has represented such national and international companies as Royal Caribbean, Swire Properties, the Swerdlow Companies, Arvida, First Union, and Regions Bank.

After leaving Greenberg Truarig, Jerry established The Wish Law Firm. Since that time, Jerry has continued to serve national and local clients in complicated multi-state matters, such as the sale of THE BROADWAY CHANNEL television station and the development of the largest alcohol and substance rehabilitation center in the country in the Chicago area, as well as expanding his expertise to include condominium and community development.

Jerry became of counsel to Adam Lee Law in 2017 and has worked to provide the Gainesville community with the highest level of legal services, including residential and commercial closings, with the same level of commitment and dedication to service that he has provided throughout his legal career.

Jerry has served the Florida Bar as a mediator for fee disputes between attorneys and their clients, and has served on the boards of directors of the Red Cross, The Gusman Center for the Performing Arts, and the Coconut Grove Playhouse. When not in the office, Jerry enjoys playing and listening to live music and spending leisure time with his wife and two very lovable rescue dogs.