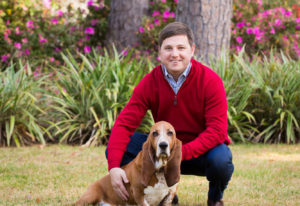 Adam J. Lee, was born and raised right here in Gainesville, Florida, a place he has always been proud to call home. Adam graduated from the International Baccalaureate program at Eastside High School after which he attended the University of Florida for both his undergraduate and law degrees.

Adam started his law career at the State Attorney’s Office, where he prosecuted criminal cases in misdemeanor, criminal traffic, juvenile and felony courts in Alachua, Bradford and Union Counties.

Upon leaving the State Attorney’s Office in 2012, Adam became the in-house counsel at a multi-state energy company and one of Gainesville’s largest employers. Adam handled civil litigation matters at the company, including issues involving contracts, debt collection, and employment law. By the time Adam left the company, he oversaw the entire Legal Collections Department which routinely collected money from debtors in excess of one million dollars annually.

When he is not at the office, Adam enjoys many hobbies, but nothing more important than spending time with his wife and daughters and his two lazy basset hounds. Adam is committed to being involved in and giving back to the Gainesville community that has afforded him so much. He is President-Elect of the Young Lawyers Division of the Eight Judicial Circuit Bar Association, is the co-Founder of the YoPro Golf League, serves on the Board of the Gainesville Quarterback Club, is a proud Rotarian and member of Holy Trinity Episcopal Church.